Evolution has imparted humans with specific biomolecules that trigger situational stress to prepare them for the fight-or-flight response. These stress molecules serve a key role in human survival through temporary changes in human physiology like elevated heart rate, increased breathing, and release of glucose from glycogen reserves to prepare the body to act against the threat. However, if the stress response is triggered too often, the autonomic nervous system does not get enough time to wind down, leading to a condition called chronic stress. Chronic stress has several effects on the body including reduced metabolism and impaired growth, consistently higher blood sugar, muscle wasting, compromised immunity, anxiety & sleep deprivation, cardiovascular fatigue, and changes in the central nervous system.

Cortisol, the main molecule associated with stress, is released by the adrenal glands in response to the HPA-axis stimulation in a state of threat. Besides its special role as the stress hormone, cortisol is also involved in a general alertness routine, following a diurnal cycle, being highest in the morning to wake the body. Individuals suffering from acute or chronic stress display either an abnormal cycle of cortisol or a consistently elevated blood level and the measurement of cortisol is, therefore, the pivotal step in assessing the stress level of an individual. However, due to the diurnal rhythm of cortisol, a series of measurements are needed to establish the daily trend of cortisol expression, which in turn makes the serological testing tedious for an individual. Besides blood, cortisol is also dynamically expressed in the saliva, thereby making it a perfect non-invasive candidate for the chronological assessment of cortisol.

Cortisol in saliva was first identified in the 1960s and the potential of saliva as a medium for quantification was recognized between the early 1980s with the first reports of the salivary cortisol quantification to the 2000s with the pivotal work of Raff in solidifying salivary cortisol as a medium for the diagnosis of Cushing’s syndrome (Vining et al. 1983; Teruhisa et al. 1981; Raff, Raff, and Findling 1998; Raff et al. 1999; Raff 2009) Considering the need for multiple sampling to find an individual’s diurnal rhythm of cortisol, a non-invasive method of detection through salivary detection poses lucrative advantages but due to the discrepancies in the methodologies, saliva has not completely replaced serum-based cortisol quantification. Saliva can be collected through various methods, for example spitting, drooling, aspiration, or by placing an absorbent material in the mouth through a wide range of non-standardized sample collection rules, thereby making salivary analysis a multi-variable process (Inder, Dimeski, and Russell 2012). Since the discovery of cortisol in the saliva, multiple studies have been performed to compare different methods of saliva collection and their role in the expression of cortisol creating independent reference ranges for each biofluid.

Saliva can be collected through a variety of methods like spitting, drooling, aspiration, external absorbent materials, etc., and each has its advantages in terms of ease of collection, collection time, and collected volume. Saliva production can be stimulated through an olfactory or gustatory stimulus or through mastication, which in turn varies the effective concentration of the analytes in the saliva. Therefore, the method of saliva collection is of paramount importance for salivary diagnosis.

A study by Poll et al in 2007 correlated the effect of different saliva collection methods with serum values(Poll et al. 2007). In 10 healthy individuals, saliva was collected and quantified using the swab method and passive drooling, and the salivary cortisol quantities were compared with concentrations of free and bound serum cortisol. They reported the swab method to be a better predictor of free serum cortisol values than drool, however, the findings did not suggest a direct correlating factor between salivary and serum values. In a separate study in 2007, Hansen et al analyzed the effect of collection medium on the recovery of cortisol from saliva (Hansen, Garde, and Persson 2009). In a population group of 19 individuals, saliva collection was done through cotton and polyester swabs. The study reported a reduction in cortisol quantities to 62% in the cotton swabs than those of polyester swabs. However, in a contrasting study by Atkinson et al in 2008, the saliva samples from 13 male participants were split into 5 subsets and processed through different collection methods including swabs (Atkinson et al. 2008). They reported a 64% increase in the cortisol values in cotton swabs. This report is further supported by the study done by Kidd et al on 16 adults who reported an increase to 232% in cotton swabs and to 256% in polyester swabs when compared to stimulated or unstimulated saliva (Kidd et al. 2009). In another study conducted by Bae et al on 169 children, salivary cortisol was estimated through immunoassays and mass spectrometry to assess the effect of sampling conditions on the quantification(Bae et al. 2016). The study reported similarity in the rhythmic fluctuations of cortisol however the concentration of cortisol was reported to be 2.4-times higher in immunoassays than mass spectrometry suggestively due to a non-standard method of saliva collection and processing for immunoassays. These findings were further supported by the work of Calvi et al who performed a comparative analysis of error in salivary cortisol measurement between different research institutions on a sample group of 100 individuals (Calvi et al. 2017). The samples collected from each individual, split into aliquots were quantified at different laboratories and showed a CV of >15% between samples, further highlighting the effect of sample processing in the quantification process. In 2018, Bhattarai et al attempted to formulate a standard protocol for sample harvest and process for the uniformity in the salivary quantification, however, although thorough, the approach proves to be inadequate in several parameters without considering its actual effect on the cortisol concentration in saliva thereby reducing the usefulness of the protocol (Bhattarai, Kim, and Chae 2018).

Similar variations have been found in serum to salivary ratio of cortisol in various studies. In the initial reports of Teruhisa et al, and Vining et al, the salivary cortisol was reported to be 64-65% of unbound cortisol in the serum (Teruhisa et al. 1981; Vining et al. 1983). A similar relation was presented in the study of Meulenberg et al in 1987 on 15 females reporting salivary cortisol to be almost half of the serum values (Meulenberg and Hofman 1990). In 2009, Gatti et al reviewed salivary cortisol concentrations to be 10% of total serum quantities, an approximation that has been used for a majority of scientific studies for molecules that passively diffuse through serum into saliva (Gatti et al. 2009). However, this was further contradicted by a recent study by Titman et al who reported salivary cortisol to be 1.17% of serum values in a study group of 43 participants (Titman et al. 2020). Considering the research findings on the estimation of salivary cortisol, its significance in the assessment of stress does not require any further validation. However, the contradictory reports, in essence a result of non-standardized methodologies or insufficient reports suggest that the outdated approximations require reconstruction in the light of recent technological advancements in the field of clinical quantification.

The authors are Senior Research Scientists at CortiqaHealth, a company dedicated to making healthcare accessible, affordable and easy-to-use. 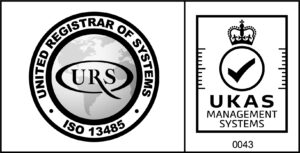